The award is based on VIPER grinding, which was developed in collaboration with Rolls-Royce and Japanese machining centre manufacturer Makino, whose machines NCMT sells exclusively in the UK and Ireland. The technology was first brought to market in 2001.

The process, which uses small, aluminium oxide grinding wheels exchanged from the tool magazine on Makino machining centre platforms and more recently purpose-built grinders, led to the manufacture of nickel alloy components such as turbine blades to a much higher level of efficiency than had previously been possible. Metal removal rates are about five times greater than when using traditional, higher capital cost, creep feed grinders that use large, expensive wheels.

Benefits include major reductions in capital investment, setup times, production costs and lead times, as well as lower consumable costs and very high accuracy. Additionally, a grinder may take up to a day to set up for a new component, whereas a Makino machine can be reconfigured in one to two hours and often considerably faster.

Such was the success of the technology that, in order to expand sales within this specialised market, a separate business unit was set up in the UK called Makino-NCMT Grinding Division. Its directors approached Makino in 2005 and came to an agreement allowing the agent to sell the grinders not just in Britain and Ireland but right across Europe.

Since then, NCMT has sold over 160 of these cells, many of them automated, into aerospace supply chains in the UK, Continental Europe and as far afield as Thailand and Mexico. It has also been successful in selling machines to manufacturers producing gas turbine components including blades and vanes for power generation. Some applications involve milling, drilling and deburring in addition to grinding on the same machine.

NCMT’s steeply increasing overseas sales resulted in the company growing its export business from £1.7 m in 2013/14 to £7.7m and £10.7m (50 percent of machine tool turnover) in subsequent years to £14 m in the current financial year. It is based on this success that the 2018 Queen’s Award has been granted.

David Burley, managing director of NCMT says: “This accolade is a result of more than a decade of hard work by staff across our entire organisation and excellent collaboration between departments. I am delighted that their efforts have been recognised in this way.”

NCMT has invested in the full range of Makino grinders to carry out pure research and to develop production solutions for customers. Two iGrinders, a G5 and a G7, are installed at the company’s Coventry technical centre, while a Makino a99 operates at the headquarters in Thames Ditton. The first project completed was to prove a process for grinding parts that were previously milled by a Hungarian manufacturer.

More recently, NCMT has been developing procedures for grinding new, lightweight materials such as gamma titanium alumide and ceramic matrix composites and is arguably the world leader in both areas.

Further development has centred on a new process for creep-feed grinding of precision gears in small to medium quantities, which has involved writing bespoke software. A sale has already been made to a manufacturer in Belgium.

NCMT Ltd
Tel: 020 8398 4277
Email: This email address is being protected from spambots. You need JavaScript enabled to view it.
www.ncmt.co.uk 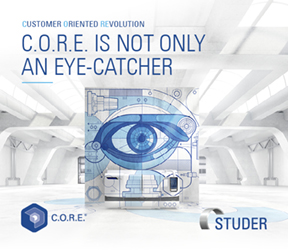